Sunday was the busiest day on the Run It Up Reno VII schedule. The tournament room was packed for the penultimate day of the series. There were three trophies won, including a star-studded heads-up battle in the $600 no-limit hold’em main event to wrap up the night.

Matt Stout won $70,000 and a huge RIU trophy in the $600 no-limit hold’em main event. He defeated Team Run It Up Ambassador and Team PokerStars online pro Kevin Martin to take down the title. Martin earned $48,210 for his runner-up finish.

The day started with 154 players returning for the second and final day. At the end of a more than 15-hour day on the felt, Stout was the last player standing. The event was live streamed for the entire day on a delay on RunItUp.TV. It was one of the most popular streams of the series with over 15,000 viewers at its peak. 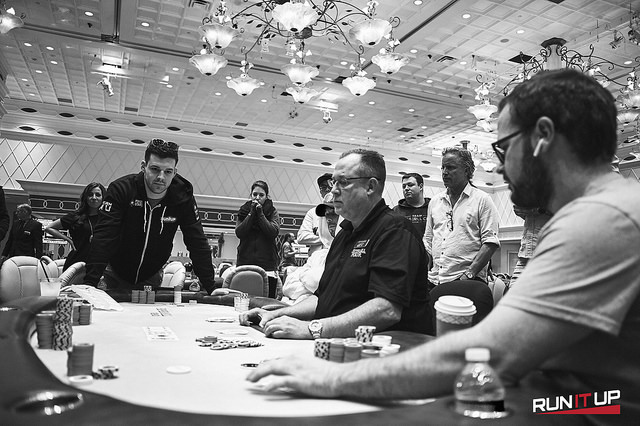 With three tables remaining, Kevin Martin picks off a Matt Stout bluff for his tournament life 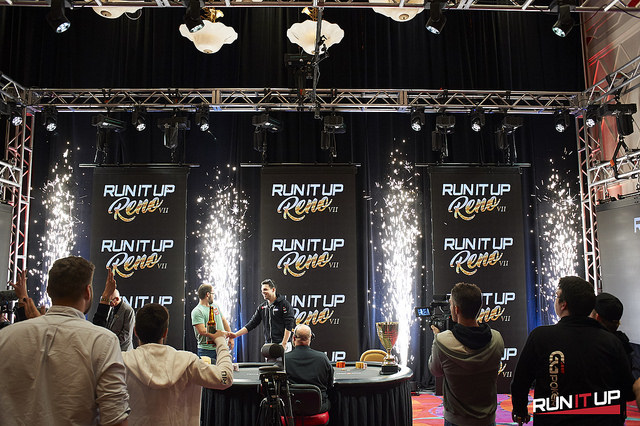 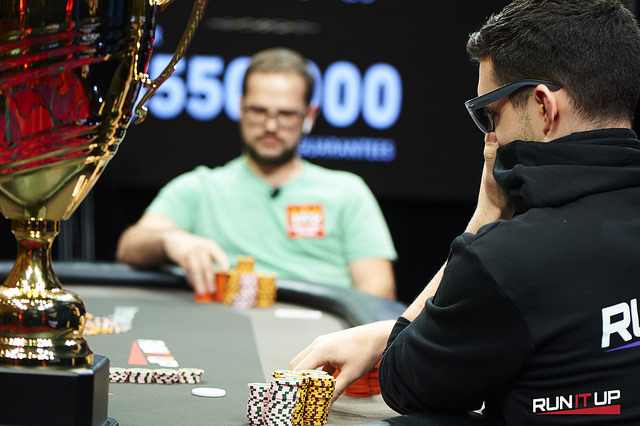 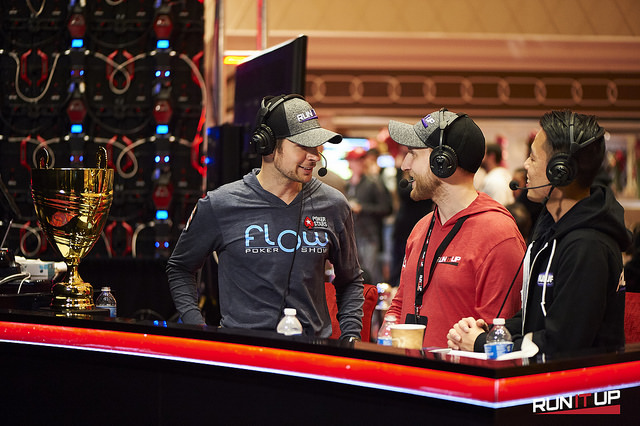 Jeff Gross brings his trophy into the commentary booth 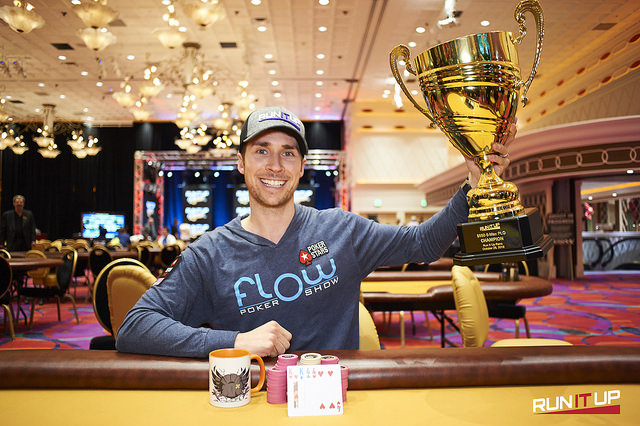 The third and final event on the schedule was an interesting one. The $125 3-card super no-limit hold’em kicked off at 6 p.m. and attracted 136 entries to play no-limit hold’em with an extra card.

The final table was full of Run It Up regulars. RIU’s own Jesse Fullen and Joe Wegner made the final table as well as loyal RIU warriors Kim Stone, Jesse Capps and Sarah Kenyon.

In the end, it was a first-timer that took it down. Jesper Olsen won his first RIU trophy in his first-ever RIU event. He won $3,217 and defeated Kenyon heads-up. 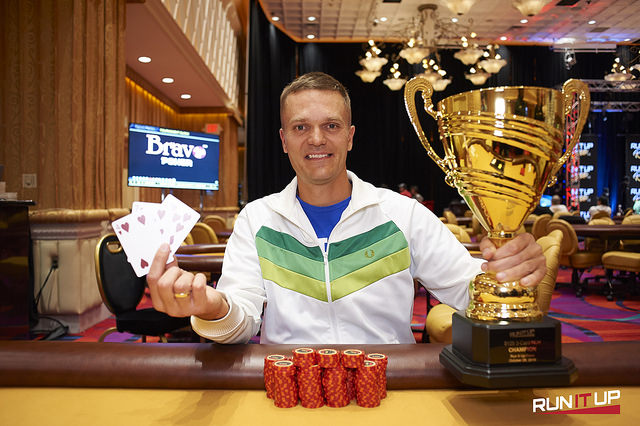 Make sure you check out the RIU Flickr Library to check out all of the rest of the photos taken by Antonio Abrego.