$125 WTB: Poker Media Proving Their Skills on the Felt

$125 WTB: Poker Media Proving Their Skills on the Felt

While the field swelled to over 200 entries, a pair of poker’s most prominent media members are sitting next to each other. Brad Willis (pictured above), PokerStars’ Head of Blogging, and veteran freelance poker reporter, Sam Cosby (pictured below), are in seat 1 and 9, respectively.

Willis is one of poker’s most talented writers. He transitioned to the poker world after a decade in television news. When he’s not at PokerStars events creating content for the PokerStars Blog, you can find some of his work on his personal blog, rapideyereality.com. He already doubled his starting stack and is in good shape to earn his first cash in an RIU event.

Cosby is a freelance poker reporter that travels all over the globe reporting poker tournaments. The California native covers events for PokerNews, WSOP.com and for the PokerStars Blog. Cosby is still hovering around starting stack, but already has a proven track record of skills on the felt. 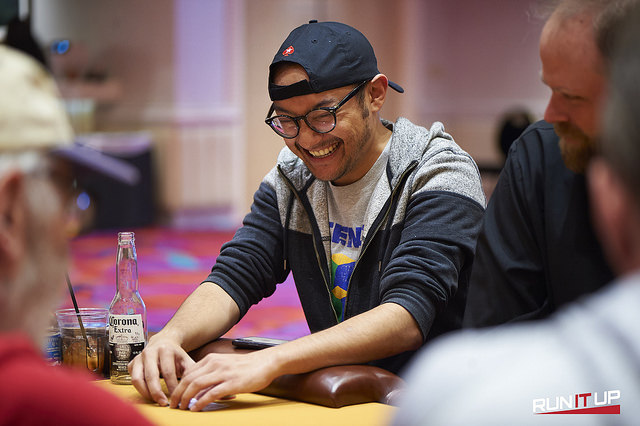