Before heads-up play began, Batuhan Zadeh and Lex Veldhuis agreed to chop the remaining prize pool evenly and play for the trophy.

Veldhuis shows [Ac][4c] and is in trouble against Zadeh’s [5d][5s]. The board comes [Kc][Js][8c][4s][3d] and Zadeh wins the pot and the tournament. Both players will take home $5,090 for their efforts. Zadeh will take the trophy and the first title of the young series.

A complete recap will be posted tonight. 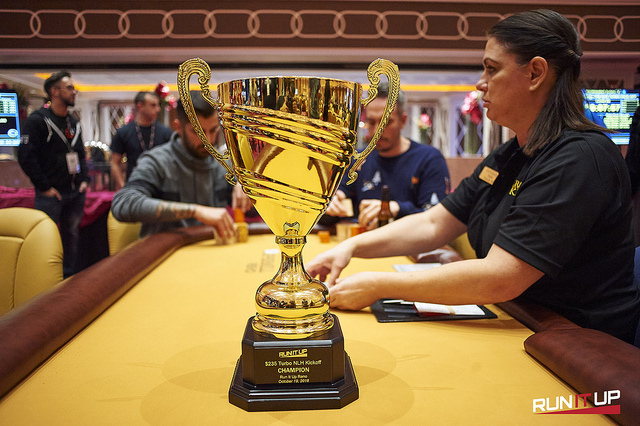