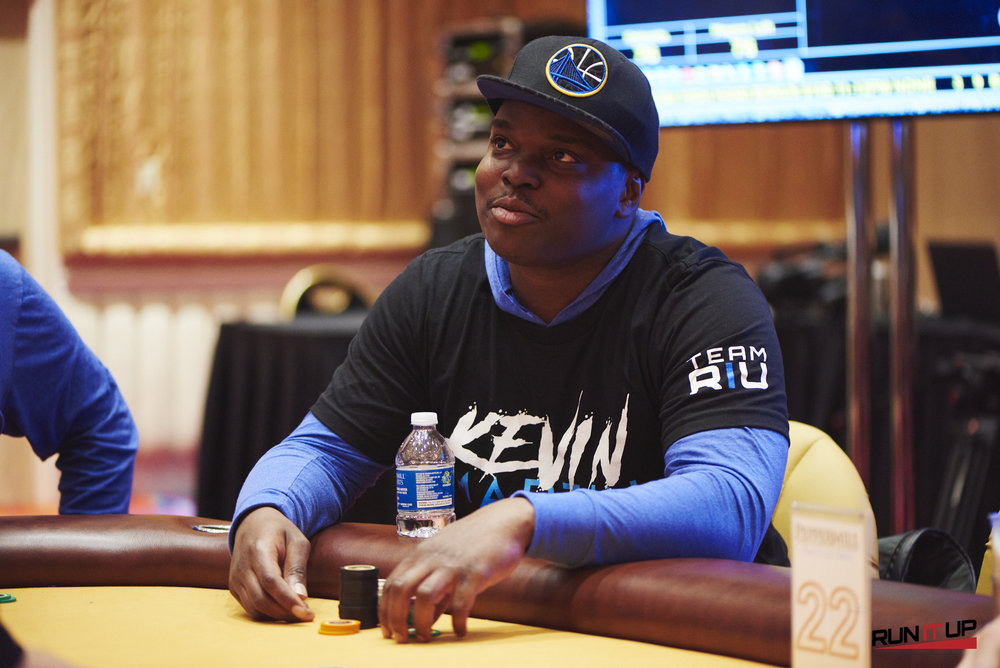 Action folded to Kevin Martin who opened to 8,000 on the button. Dwight Ross, in the big blind, called.

The [Qh] river completed the board and Dwight checked for a third time. Kevin bet 31,000.
Dwight went into the tank for a while before throwing in a chip signifying a call.